Posted on June 5, 2014 by dirtysunsetdisco

When you want your disco dirty or your sunset special who you gonna call? Queen Josephine and Chris Barker of course. Luckily they’ve answered!  Yes this Friday at Ohso Social its a Resident’s Takeover and with the forecast looking good and some special DSD lovelies flying in from NYC we just know its gonna be the perfect party. Queenie and Barker. All night long. Just how we like it.

Posted on June 3, 2014 by dirtysunsetdisco 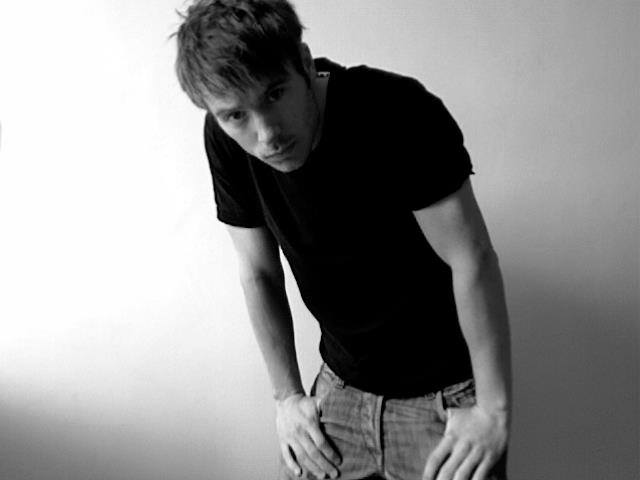 Last Friday saw our new resident DJ David Ethics make his DSD debut. And rather fine it was too. So for those of you who wanna relive his DSD set or those who missed it and are wondering what you can expect from our new boy this summer, here’s it is for your listening pleasure. And believe us, it is a pleasure. Until next time you Dirty Sunset Disco dolls you. 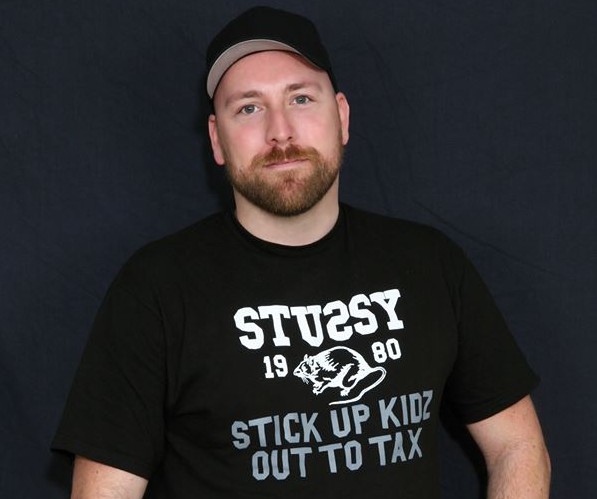 Mmm. We love Paul Coals. A true DSD favourite he’s done the business for more DSD’s then we care to remember. Brighton Pride weekend wouldn’t be the same without him and as for those 1am moments on the Ohso dancefloor. They just don’t get quite as good as they do with the wonderful Paul Coals. Ahead of his 2014 season debut on Friday May 30th we thought it only right we should have a quickie with him. After all, whats life all about if you can’t get down to Paul Coals?

What can the DSD clubbers expect from your sets this year? You can expect to hear up front deep, twisted sexy House with some classics thrown in.

Why for you is clubbing in Brighton so special? I love coming to Brighton and playing as I always have so much fun. The crowd is always up for it and I am always made to feel really welcome.

So you excited to be joining the DSD this summer? It’s the perfect way to end a week, and start the weekend off. The venue is really unique in it’s own way, and it’s right on the back of the beach with an amazing decked terrace over looking the ocean.

Dirty or Disco? To be honest, I like playing both. It just depends on what type of club I am playing at, but deep and dirty is always good fun.

Sunset or sunrise? I would say sunset, because the night is just starting.

Blimey what a glorious weekend!

Phew! That was one very special weekend of glorious dirty disco sunsets. Thanks to everyone who joined us on Friday as we launched our summer season at Ohso Social in some style and to all of you who got Higher with us on Sunday. Big love to everyone who made it down, the fabulous DJ’s Dave Kendrick, Pier Morrocco, Queen Josephine and Chris Barker and everyone at Ohso and Club Revenge who made us feel so at home. After a season lift off like that we are set for a hot, hot DSD summer.

Grab a reminder of the big DSD weekend here thanks to some great photos by Josh Hiatt here and we’ll see you all again this Friday for the next instalment of Dirty Sunset Disco with special guest DJ Paul Coals, our new resident David Ethics and the ever regal Queen Josephine. 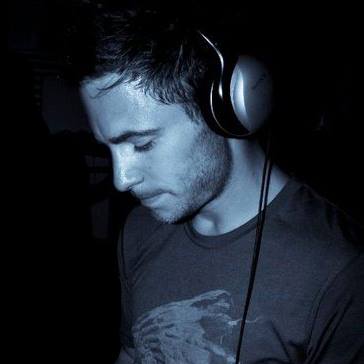 DSD are delighted to welcome onboard our new resident DJ David Ethics. David started out putting on house parties and raves in Cambridge and surrounding areas back in the mid Nineties and has been writing, DJ’ing and promoting parties ever since. His distinctive DJing style and ear for all things decent have seen him grace the decks of clubs including Good Times, Size, Slackers Convention, Waveform Festival, The Priory, Soup?, Peli-Fest, Space Invaders, Influence and Immersed. His most recent project and residency is Rebel Rabble, an underground dance party that delivers glorious pop-up techno and house parties throughout the city. David Ethics, the kind of house rebel we can’t wait to play with.

A DSD Quickie with Pier Morrocco

DSD loves a decent quickie. And so it seemed only proper that we should grab one with our DSD Higher guest DJ Pier Morrocco before his set on Sunday the 25th at Club Revenge.With a long and glorious Bank Holiday weekend ahead with DSD it would be rude not too.

Style of music played? My style has always had a kind of carnival feel to it, warm and inclusive.

What can the DSD Higher clubbers expect from your set? A mixture of classics, current favourites, and future hits, depending on what the crowd react to on the night!

Why is clubbing in Brighton so special to you? Ah Brighton….. It’s the UK alfresco at its best, when the sun shines…and when it doesn’t, you guys just get on with it!

So why DSD? Same as above…London barely touches the sides if the weather’s good in Brighton!

DSD is all about summertime – what summer plans have you got going on this year? Festivals, Ibiza, festivals, Ibiza…. BBQs with friends, Brighton Pride, keeping the summer going till November if possible!

Dirty or Disco? Depends on my mood…disco is great but not all night…at some point you gotta get edgy and push it a bit!

Sunset or sunrise? Sunset…I love the possibilities of that hour, it’s the start of the possible naughtiness of the hours to come. Sunrise is great too but by that point you know you’ve already been bad!

DSD gets Higher at Revenge this Bank Holiday Sunday

DSD is getting Higher! Join the DSD at a special pop-up Sunday Summer Sunshine party on the roof terrace of Club Revenge Brighton this Bank Holiday Sunday and immerse yourself in an of evening of balearic clubbing, beautiful beats, stunning views and the best crowd in Brighton. With special guest DJ Pier Morrocco (Barcode / Matinee / Salvation) joining our residents Chris Barker and Queen Josephine on the DSD decks you just know this party is gonna take the roof off. If we had one! Yep Sunday clubbing just got dirty and disco. With added sunset. How DSD!

DSD is very disco-excited to announce that the gorgeous Macho City legend that is Dave Kendrick will be headlining our 2014 Season Lift Off Party at Ohso Social on Friday May the 23rd. We caught up with him for a DSD Quickie to talk all things house, disco and Brighton’s infamous gay abandon!

Style of music played? Four to the floor House Music!

What can the DSD clubbers expect from your set? Four to the floor House Music! with added curveball disco bombs thrown in. I don’t like to stick to one genre, that’s too safe, boring. I sometimes play records that are 25 or 30 years old but still sound fresh. It’s important to mix things up!

Why is clubbing in Brighton so special? There’s always been something special, I think it’s that heady mix of sea air and gay abandon. There’s much less… attitude that you can get in London. There’s a real sense of unpretentious fun

Are you excited to be joining DSD this summer? I love DSD, there’s something really special about playing to that crowd and it’s on the beach! What’s better than that?

DSD is all about summertime – what summer plans have you got going on? We’re having to scale back our holidaying plans due to the arrival of a gorgeous kitten, but there’s quite a few gigs coming up that I’m excited about: DSD (Obvs!!) and Manchester’s Paradise Factory 21st reunion in August to name a couple.

Dirty or Disco? Both. I like my house music a bit rougher, deeper, less clean, like disco that preceded it. And in the words of the late Frankie Knuckles, house music is disco’s revenge.

Sunset or sunrise? As long as there’s sun I’m happy!

2. In Flagranti The Beast  The duo’s rework of Mr Fingers delivers a perfect basement moment

3. Soulphiction Mind & Body Marshall Jefferson came tearing through the club to ask me what this was at the last Handsome@East Bloc, it’s that good

QX gets all Dirty Sunset Disco 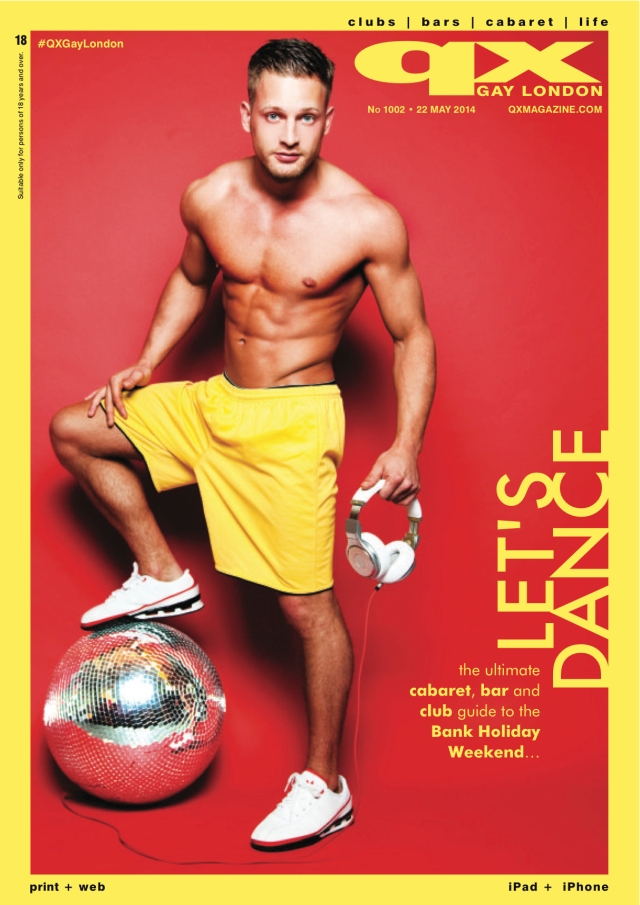 Grab yourself a slice of DSD this week in the ever fabulous QX Magazine. It’s hot, Queenie looks hot and Munroe is hotter still. 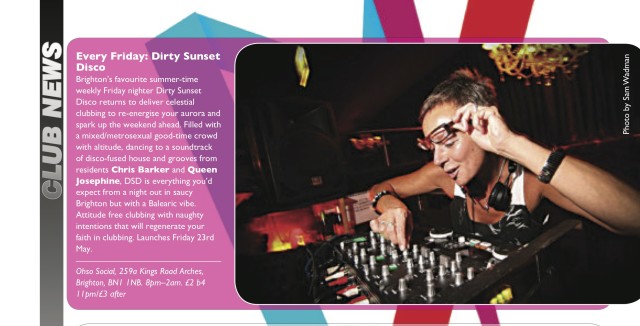