Posted on August 2, 2013 by dirtysunsetdisco 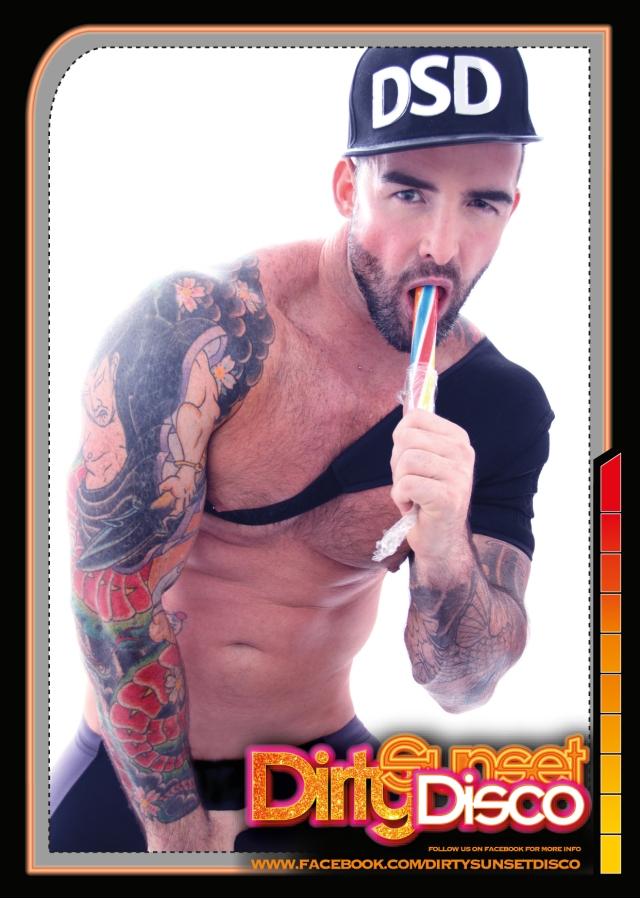 Can’t believe we’re about to write this but does anyone fancy a quickie with Kane O’Farrell? Yep the ever so hot, hot, hot star is playing with DSD this Pride. And we can’t wait. So much so we caught up with here before the big weekend to talk Pride, icons and being, well, Kane. Enjoy.

What have you been up to – any new projects we should be on the look out for? After a short break from the industry I’m now back with several new projects on the go.  I’ve actually just got back from filming my latest movie but I won’t say too much… just yet.

How excited are you to be hosting Saturday’s DSD Super Icons party? I’m ecstatic! DSD Pride is always a great party and I’m looking forward to welcoming everyone to Ohso and having a ball!

What can we expect from you – we hear there’s some Manhunt specials coming our way? Manhunt have sponsored some great DSD giveaways for Pride weekend. There’s the Limited Edition DSD CD Mixed by Mister Barker which we will be giving away at Icons in The Park and DSD Full Throttle Super Icons plus there’s the exclusive DSD promo pics which I will signing and handing out on Saturday night. So make sure you come say hello.

The DSD Pride promo video is hot, hot, hot. It was good for us – how was it for you? It was HOT! HOT! HOT! Was really fun making it and being apart of it (and i got to chew some rock. I love sucking on rock)

What do you remember about your first ever Pride? My first ever Pride was in Manchester and I remember feeling overwhelmed and excited. It was so amazing seeing so many of us in one place supporting and doing the same thing. It made me feel apart of something big. It sounds stupid but all my life I always felt on the outside but Pride made me feel at home. FAMILY!

Keeping with the Brighton & Hove theme who is your LGBT icon? My all time icon has to be Aiden Shaw.  I’ve read his books and I can relate to some of the things he’s been through. He got through it and has a story to tell . He’s successful and fucking gorgeous . I admire him. He’s the original all time “ICON”.

Obviously we love to party at Pride but beside the glorious BPMs that accompany the weekend what is it about Pride celebrations that are important to you?  The coming together, showing the public that we’re queer, we’re here so get used to it!

DSD is Brighton's favourite Dirty Sunset Disco delivering celestial clubbing to re-energise your aurora and spark up the weekend. Filled with a mixed metrosexual good-time crowd with altitude, dancing to a soundtrack of disco fused house and grooves, DSD is everything you'd expect from a night out in saucy Brighton. Delight in its attitude free clubbing and balearic vibe. One of Brighton's best, DSD has naughty intentions that will regenerate your faith in clubbing. DSD: Fire-up your thrusters, get on board and party. The future of clubbing has landed.
View all posts by dirtysunsetdisco →
This entry was posted in A Dirty Sunset Quickie, Brighton Pride and tagged Brighton Pride 2013, DSD, Hifi Sean, Kane O Farrell, Manhunt, Mister Barker, Ohso Social Bar, Queen Josephine. Bookmark the permalink.