Posted on June 6, 2013 by dirtysunsetdisco 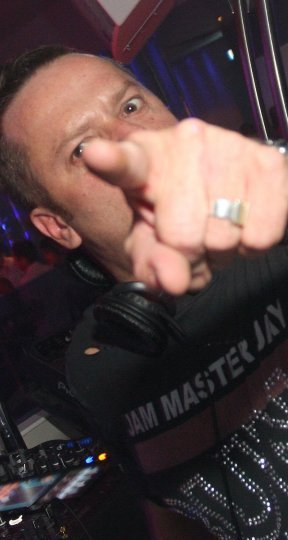 DSD has joined forces with Sauce FM for a season of right saucy pop-up parties. And of course you can’t have sauce without Mr Sauce himself, the ever cheeky daddy of disco Mr Richard Jones. Time for a quickie we reckon!

So what have you been up since you lasted graced our decks at Brighton’s Ohso Social Bar?  Oh now that would be telling! Taken a little timeout from DJing because of some ear problems but now back on it after working on Sauce FM for the last few months with my show ‘Daddies Sauce’ on sundays.

Everything is getting very Saucy – discuss: Summer always makes me saucy, and been single for 5 years so watch out boys!

What festival / gig action are you up to this summer season?  I will be playing the ‘mens’ area (that sounds rude!) at Icons in The Park for Brighton and Hove Pride on August 3rd plus I’m djing at Legends in the evening after Brighton Pride.

DSD has a special place in your heart because?  Always such a great friendly crowd with no attitude, and always bump into old friends and have a ball!

What can we expect from your DSD Sauce set?  Think of classic disco with added sequins and funky beats

Miss Danger is joining you as part of the Sauce line-up this Friday. What makes her so saucy behind the decks?  She play a crowd round her little finger, she is one funky little minx.

What one dream thing would you add to Brighton to make it even better than it is already? Brighton is perfect when the sun shines, but if pushed I’d like to transport Ushuaia Ibiza to Brighton!‎

If you were onboard the international space station right now which song would you perform and beam back to earth? It’s My House (And I Live Here) by Diana Ross

Dirty or disco?  Disco every time,  it’s in my bones

Sunset or sunrise? Sunset is so romantic especially with a decent Martini

DSD is Brighton's favourite Dirty Sunset Disco delivering celestial clubbing to re-energise your aurora and spark up the weekend. Filled with a mixed metrosexual good-time crowd with altitude, dancing to a soundtrack of disco fused house and grooves, DSD is everything you'd expect from a night out in saucy Brighton. Delight in its attitude free clubbing and balearic vibe. One of Brighton's best, DSD has naughty intentions that will regenerate your faith in clubbing. DSD: Fire-up your thrusters, get on board and party. The future of clubbing has landed.
View all posts by dirtysunsetdisco →
This entry was posted in A Dirty Sunset Quickie and tagged DSD, Richard Jones, Sauce FM. Bookmark the permalink.